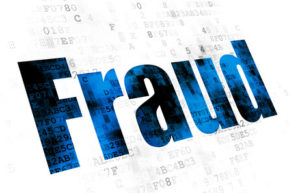 Recently, the Reuters news service reported that Thomas Davanzo and Robert Fedyna were each sentenced to more than ten years in prison for their roles in a complex business fraud scheme. The two Florida men were responsible for a $46 million fraud that involved the sale of biofuel related federal energy credits. Victims of business fraud often suffer tremendous, even life-altering, financial damages. If you believe you were a victim of business fraud in South Florida, please contact an experienced West Palm Beach fraud attorney to discuss your legal options today.

The United States government mandates the use of biofuels. Essentially, the government requires that the output of all oil and gas producers must contain a certain percentage of biofuels. If these companies fail to produce the requisite amount of biofuels, they can purchase renewable energy compliance credits from other companies that produced extra biofuels. Essentially, these regulations are intended to make traditional oil and gas companies (which do not produce biofuels) partially subsidize smaller companies that are focused on biofuels. This can create some complicated situations. For instance, since biofuel compliance credits can be transferred, the federal government needed to create away to track the credits. They choose to do this by assigning all compliances credits unique Renewable Identification Numbers (RINs).

To get a valid Renewable Identification Number, a company must actually produce a qualifying amount of biofuel. However, Davanzo and Fedyna discovered some flaws in the tracking system. They created a complex scheme to obtain and sell RIN credit without actually ever producing much of any biofuel. Instead, the men simply recycled the same fuel over and over. Then, they created and operated several different shell companies and made a sequence of circular (and fraudulent) transactions to create valuable biofuel compliance credits. During this process, no biofuel actually went on the market, which, of course, means that no valid compliance credits were ever created. Still, by creating a considerable amount of fraudulent documents and records, the men were able to create the appearance of these credits. In turn, the men, through their main company Gen-X Energy Groups, sold off the compliance creditors to third parties. Most of these third parties were mid-sized and large oil and gas producers that were in need of additional compliance credits. The men also took several million dollars in unlawful federal tax credits in relation to their fraud scheme.

Unfortunately, business fraud remains a major problem in Florida and throughout the country. At Pike & Lustig, LLP, our West Palm Beach business fraud lawyers protect the legal rights and financial interests of fraud victims. We have helped many victims recover fair financial compensation for their losses. If you have been a victim of business or consumer fraud, please contact our team today to request a free review of your claim. We serve fraud victims throughout the region, including in Dade County, Broward County and Palm Beach County.