Types of Shareholder Agreements in Florida and What They Are For 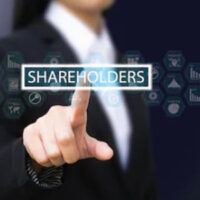 Types of Shareholder Agreements in Florida

The second type is more common than voting agreements and is more vital to small business owners. This type of shareholder agreement allows shareholders to override the default provisions imposed by the BCA. However, the shareholders’ ability to revoke those provisions are limited.

What Can a Shareholder Agreement Do?

When creating a shareholder agreement, shareholders are limited to the following specific actions:

What You Need to Know About Shareholder Agreements

Unlike a voting agreement, this type of shareholder agreement requires unanimity among all shareholders, which must be set forth in writing. This type of contract can be modified or terminated only with the unanimous consent of all shareholders who signed the document or subsequent recipients of their shares.

By Michael Pike and Daniel Lustig | Posted on February 4, 2020