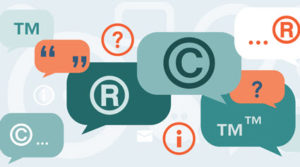 The Factors of Likelihood of Confusion

In order to analyze whether or not a mark is confusingly similar to a protected trademark, federal courts will consider the following five factors:

The bottom line is that the courts will take a totality of the circumstances approach to assessing trademark infringement. Courts will always be looking to strike a balance on all of the factors. If your brand is being adversely affected by a brand using a similar trademark, you must take immediate action. Please contact a qualified attorney who can protect the legal rights and financial interests of your business.

The trademark law attorneys at Pike & Lustig, LLP have the skill and experience necessary to help protect the value of your brand. If your company is involved in a trademark dispute, please call our office today at 561-291-8298 to set up an immediate review of your case. We proudly serve businesses throughout South Florida, including in Palm Beach Gardens, Fort Lauderdale and Miami.