Use It Or Lose It: Claim Preclusion And Res Judicata 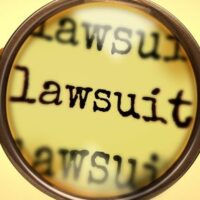 There’s an old saying that if at first you don’t succeed try and try again. But in law, a better saying would be that you get one bite at the apple. That’s because in lawsuits, you put your claims and defenses forward in a lawsuit or risk being able to assert them later on.

In many situations, multiple lawsuits can be filed between parties that are nearly identical. Imagine someone who sells a product-especially the same product to the same customer (such as selling something wholesale to a company). You can imagine that through the course of the business dealings between the parties, disputes may arise, and those disputes may be very similar. The lawsuits may allege that the product didn’t work, or that it caused an injury, or that it was falsely advertised.

That can lead to multiple lawsuits, all with the same parties, the same issues, and the same defenses, even though each one is technically for a different business transaction.

In law, the doctrine of collateral estoppel says that you cannot assert a different position in one case than you did in the other case, so long as the cases had similar parties, issues, facts, and evidence. So, you could not say in Case 1 “My product is supposed to work like that,” and then in Case 2 defend the claim by saying “My product is defective but it didn’t cause you any harm.”

Often similarity in cases, and the inability to bring new claims or defenses into identical subsequent lawsuits is called claim preclusion, or res judicata.

Res Judicata says that you are bound by the position and defenses that you asserted in another case. You cannot change direction or alter your position arbitrarily from case to case (again, assuming the cases are substantially similar).  The rationale for the doctrine is that a judgment in one case that is so similar to the evidence and facts and parties in another case, binds both cases.

Use it or Lose It

It is always a good idea to use all your possible claims, and assert all your possible defenses in every case. But it’s especially important in cases and claims that you expect to be repeated–whether by the same parties or not.

Bear in mind these doctrines don’t prevent you from asserting different claims or defenses where the facts are different, and you can certainly argue that every case is a little bit different from the next case–or at least, you’ll want to argue that if you’re facing a res judicata issue that’s preventing you from asserting a claim or defense that you should have asserted in a prior case, but didn’t.

By Michael Pike and Daniel Lustig | Posted on May 11, 2021
Skip footer and go back to main navigation