What Is Injunctive Relief And How Could It Help You? 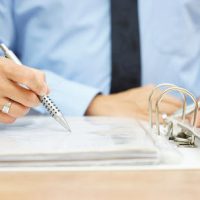 When a business agreement is violated, we often think about what we are owed—that is, how much money we’ve lost, or how much money the breach has cost you. But businesses often fail to consider another element of damages—getting the offending behavior to stop—immediately.

Let’s say that you have a list of customers that your business works with. That list was developed over time, and through making contacts and through other proprietary marketing systems.

One day, an employee leaves his employment with you, and starts his own business to try to compete with you. In doing so, he takes your customer lists, and starts contacting all of your customers to get them to switch from your business, to his business.

Thankfully, you did have an enforceable agreement, which allows you to sue him for taking your customer lists. It looks like you will win the case and like you may be able to win a good sum of money.

But does money really help? It may—but what you really need is for him to stop calling your customers—immediately. A sum of money 4 months, 8 months, or a year and a half from now when your case resolves or settles won’t do you much good if by then all your customers have defected to your former employees’ new business.

What is an Injunction?

An injunction can help prevent this from happening. An injunction is a court order that doesn’t require anybody to pay any money, but to cease and desist a given behavior where money won’t adequately compensate you for damages or where immediate action is needed for you to be fully protected.

Injunctions are often used to enforce noncompete agreements, or usage of intellectual property, but they can be used in any situation where you need an actor to stop doing something illegal, immediately.

Injunctions can even, in some situations be entered ex parte—that means, you get a temporary injunction without having a full trial, and without the other side even being notified or told that you are asking the court for an injunction.

Because this kind of injunction is given without notice, it is temporary—the other side will eventually be told that it exists, and will be given the chance to contest and ask the court to dissolve the injunction.

If you think a temporary ex parte injunction may be something you need, you should expressly include that you have the right to apply for one in your business agreements. Because only one side is communicating with the court in a temporary, ex parte injunction, courts tend to only grant them in the most serious of circumstances, such as when immediate, irreparable harm could occur, if the offending behavior were allowed to continue.

Call the West Palm Beach business litigation attorneys at Pike & Lustig today for help today to make sure your business agreements protect you to the fullest extent possible.