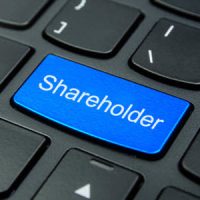 In early September, Gustavo Arnal, the Chief Financial Officer (CFO) of Bed Bath & Beyond committed suicide in a tragic incident in New York City. According to a report from Fox Business, the troubled retailer is now the focus of a shareholder lawsuit. Here, our Miami shareholder dispute attorney provides a more comprehensive overview of the allegations raised against the company.

Shareholder Allegations: A Pump and Dump Scheme at Bed Bath & Beyond

Bed Bath & Beyond is one of the nation’s more prominent retailers. As of August of 2022, there were more than 700 Bed Bath & Beyond locations operating nationwide, including many in South Florida. Companies that large are not typically associated with the “pump-and-dump” schemes. However, a class action shareholder lawsuit filed against the company alleged that top corporate leaders at the retailer were engaged in a pump-and-dump. According to the allegations raised in the lawsuit, several top executives, including the deceased former CFO, manipulated the stock price.

Pump-and-Dump is a broad term used to refer to an artificial and improper attempt to manipulate a stock price through material misrepresentations and other false statements. In most cases, a pump-and-dump scheme involves an attempt to artificially inflate the price of a stock. At the same time, perpetrators of a pump-and-dump scheme will acquire a large number of shares in the company. Once the stock price hits a certain level, all of those shares are “dumped.” The parties that manipulated the stock price see major gains, whereas other parties are stuck with large losses.

Lead Plaintiffs in the Shareholder Class Action Allege More Than $100,000 in Losses

The lead plaintiff in this shareholder class action—a married couple led by Pengcheng Si—allege approximately $106,000 in losses as a consequence of the alleged pump-and-dump fraud scheme. The plaintiffs allege that all public statements from Bed Bath & Beyond and its corporate leadership indicated that the company was “turning around” and “improving” its financial position.

However, it recently was announced that the company was closing at least 100 stores and cutting 20 percent of its total workforce. The shareholders contend that top leaders artificially manipulated the stock price with material misleading statements before dropping many of their shares before the negative outlook was released to the public.

To be clear, this is still pending shareholder litigation. No ruling has yet been made on the matter. There has been no finding of wrongdoing by bed bath & beyond or any of its current or former corporate executives.

Get Help From Our South Florida Shareholder Law Attorney Today

At Pike & Lustig, LLP, our Southeast Florida shareholder litigation lawyer has the professional skills and legal expertise to handle the full range of cases. If you are locked in a complex shareholder dispute, we are here as a resource. Reach out to us by phone or contact us online to set up your strictly confidential appointment. We handle shareholder disputes throughout South Florida.

By Michael Pike and Daniel Lustig | Posted on October 6, 2022