Can You Use Records Of Prior Accidents To Prove Your Injury Case? 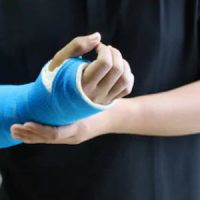 When someone is injured on another’s property, or is injured in a nursing home, or as a result of medical malpractice, the first thing the victim may wonder is whether others have been injured the exact same way. After all, what better evidence could there be of a dangerous condition, or of one’s propensity for carelessness, than showing that other people in the past have been injured the exact same way that you were injured?

Prior Accidents and Injuries

This naturally leads people to want to get prior evidence of accidents or injuries, and to use them against the defendant in court.

For example, if you are trying to show your doctor is careless, or misdiagnoses people, wouldn’t it be persuasive to know that the doctor had misdiagnosed a handful of people in the past?

It may well be helpful. The problem is that it impedes on the privacy of innocent people who aren’t a party to your lawsuit.

So for example, if you contend that a stairwell in a business is dangerous, and you want to get accident reports to show that in the last year, 20 other people have been injured on that exact same stairwell, those 20 other people have a right to privacy–you are asking for records of their accidents, and asking that those records be made public when you present them in your eventual trial.

Remember that none of those people may even ever know that you are using their information that way, and they may not have consented to it, had they been told or asked.

Complicating matters more is that there may be federal laws that absolutely prohibit disclosure of someone’s information without their consent. For example federal HIPAA laws may prohibit you from seeing people’s medical information, and federal debt laws can make financial records private as well.

Even without an explicit federal law, courts will often be hesitant to intrude on someone’s privacy, by making something like a prior incident report public.

How Requests are Handled

If you ask for the record of non-parties (that is, previously injured people who aren’t a party to the lawsuit), the defendant will often object. Sometimes that objection is out of a genuine concern for the privacy of third parties, and other times, the objection is just a thinly veiled attempt to try to keep you from getting the evidence that you need to win your case.

Call the West Palm Beach personal injury attorneys at Pike & Lustig today so you know what to expect, and what evidence can be used to prove your injury case.

By Michael Pike and Daniel Lustig | Posted on November 16, 2022
Skip footer and go back to main navigation