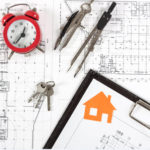 What do property owners, developers, construction companies, subcontractors, suppliers, consumers and city officials all have in common? No one likes construction delays. There is no doubt about it: these delays frustrate everyone, even parties who are not even really involved in the project itself. For those companies and individuals who actually have money at… Read More »