Don’t Forget These Things In Your Trade Secret Agreements 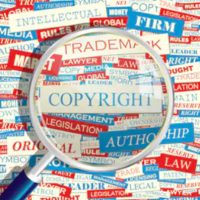 In your business you probably have a lot of trade secrets, and you are probably aware of the need to protect those trade secrets. You may even have employees or other outside agents sign agreements promising to protect your trade secrets from disclosures.

But there are certain elements that every trade secret agreement should have to make it truly effective, and for it to be enforceable in the way that you want it to be. In drafting trade secret agreements, many companies use forms they find online, or otherwise they just make up the language as they go. These are not good ideas.

When trade secrets are violated, one thing the violating party often says is that the things you are trying to protect aren’t really trade secrets. The law doesn’t allow you to classify absolutely every piece of information as a trade secret; only certain things, thus opening the door to this kind of defense.

What are You Protecting?

Yes, it seems obvious, but it is often forgotten – describe, to the extent possible, what information you are trying to protect. Many people simply try to protect “any and all information,” or “any information disclosed to the employee,” but these kinds of clauses do not adequately describe the information that is supposed to be protected.

What Are the Damages?

Your damages can also include the right to an injunction, which would require the other party immediately stop using or disseminating your trade secrets. This can be a powerful weapon to use if there is a violation.

Do you have trade secrets to protect? We can help you do it the right way.  Call the West Palm Beach copyright litigation attorneys at Pike & Lustig today for help today.