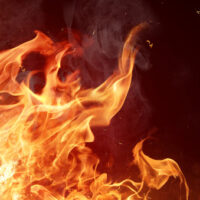 On September 5, a family hosting a gender reveal party triggered a smoke-generating pyrotechnical device that malfunctioned and caught fire. Although they tried to contain the fire, they were unsuccessful, and it has continued to spread throughout San Bernardino County. Dubbed the “El Dorado Fire,” it has now burned over 19,000 acres and killed a firefighter.

California’s Department of Forestry and Fire Protection, also known as CAL FIRE, said in a press release: “Those responsible for starting fires due to negligence or illegal activity can be held financially and criminally responsible.” A spokesman then clarified that the family whose device started the El Dorado Fire could be liable for the entire bill for the destruction, noting that they could face a variety of criminal charges, increasing as homes and buildings are destroyed, in addition to the cost of putting the fire out, which could get into the millions of dollars.

Unfortunately, this is not the first time a gender reveal party has started a wildfire. The escalating fad sparked a fire in Arizona that burned over 47,000 acres south of Tucson, costing $8 million in damages after the “reveal” of shooting a target with a high-powered rifle resulted in an explosion of blue powder before bursting into flames. The father, Dennis Dickey, who was then an off-duty US Border Patrol agent, pleaded guilty to starting the fire, was ordered to pay $220,000 in fines and restitution and was given five years of probation. Even in Florida earlier this year, a gender reveal party burned 10 acres in the Grant-Valkaria region of Brevard County.

The family responsible for the California blaze in question are cooperating with firefighters but have yet to be identified by law enforcement or criminally charged.

By Michael Pike and Daniel Lustig | Posted on September 22, 2020