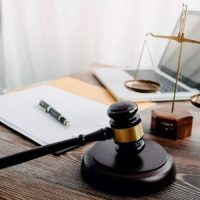 According to a report from The National Law Review, the United States District Court for the Southern District of Florida has limited multi-state litigation over a data breach. In doing so, the court dismissed the Florida Deceptive and Unfair Trade Practices (FDUTPA) claim. In this blog post, our Miami deceptive & unfair trade practices lawyer provides a more detailed explanation of the federal court’s decision.

Case Analysis: In re Mednax Services, MDL No. 2994

Multidistrict litigation (MDL) is a specialized process for streamlining certain complex civil cases. In this case, the multidistrict litigation centers around a significant data breach. The defendant—the company that experienced the data breach—is a South Florida-based health services provider called Mednax. According to allegations raised in the lawsuit, more than 1.3 million patients had their personal information exposed due to a data breach at Mednax.

A class action lawsuit was filed on behalf of affected patients. The plaintiffs asserted that they suffered a wide range of different types of harm as a consequence of the data breach. Notably, the plaintiffs filed a wide array of claims, including claims under consumer protection laws such as the Florida Deceptive and Unfair Trade Practices Act (FDUTPA).

At this stage in the process, the issue before the federal court was which, if any, of the plaintiff’s claim should be allowed to proceed. In total, more than 22 state and federal claims were pending before the court. Notably, the defendants were seeking a dismissal of all claims filed under deceptive and unfair trade practices laws. Beyond the FDUTPA, there were similar claims filed under Maryland law, New York law, and other similar state statutes.

The Dismissal of the FDUTPA Claim

The United States District Court for the Southern District of Florida has now officially dismissed the FDUTPA claim and other comparable state-based deceptive and unfair commercial practices claims. The key issue is that the plaintiffs in question did not receive any health care services from Mednax. The court determined that the plaintiffs failed to raise sufficient allegations to assert potential liability for the data breach under the FDUTPA.

However, that does not mean that the federal court dismissed the entirety of the data breach lawsuit filed by the plaintiffs. Quite the contrary, eight of the original claims—slightly less than half—have not been dismissed at this stage of the legal process. As such, these claims will go through discovery.

Get Help From Our Florida Deceptive and Unfair Trade Practices Lawyer

At Pike & Lustig, LLP, we are committed to finding the best solution for our clients. With experience representing both plaintiffs and defendants in FDUTPA claims, our attorneys go above and beyond to help our clients get results. Give us a phone call now or connect with us online to set up a strictly private case review. We handle the full range of deceptive and unfair trade practices claims in Miami-Dade County, Broward County, Palm Beach County, and throughout South Florida.

By Michael Pike and Daniel Lustig | Posted on September 13, 2022