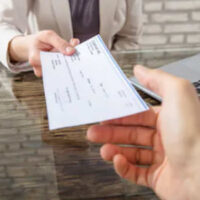 On November 3, 2020, Florida voters passed Amendment 2, increasing Florida’s minimum wage to $15.00 per hour over a period of years.

Florida’s minimum wage was already set to increase from $8.56 per hour to $8.65 per hour effective January 1, 2021. However, with Amendment 2, the next annual increase will be to $10.00 per hour, and then by $1.00 each year until the rate reaches $15.00. From that point, further increases may be made, based on changes to the consumer price index for urban wage earners and clerical workers (“CPI”).

Amendment 2 revised Article X, Section 24 of the Florida Constitution (“Section 24”). Prior to this change, Section 24 provided that the Agency for Workforce Innovation (“AWI”) would calculate an adjustment to the minimum wage each September 30th, and the “rate calculated” would take effect on the following January 1st. The new language states that “[e]ffective September 30, 2021,” the minimum wage will increase to $10.00 per hour, and the rate will “increase each September 30th thereafter by $1.00,” until it reaches $15.00 per hour on September 30th, 2026. After that, the AWI will recommence the annual adjustment process as it had existed before the new changes.

For “tipped employees” who meet eligibility requirements for the tip credit under the federal Fair Labor Standards Act (“FLSA”), employers may take a “tip credit” of up to $3.02 per hour, for tips actually received by the employee, but must still pay employees a direct wage. Applying this formula, the minimum direct hourly wage for tipped employees in Florida will be $5.63 beginning on January 1, 2021, and will increase to $6.98 beginning September 30, 2021, etc.

Employers who must pay their employees the Florida minimum wage are required to post a notice of the state minimum wage requirement (in addition to posting a notice as required by the FLSA). Both Florida’s minimum wage rate and the direct hourly wage rate for tipped employees are higher than the federal rates, so Florida employees must be paid the higher Florida rates.