Getting To Know Tesla’s Autopilot Feature 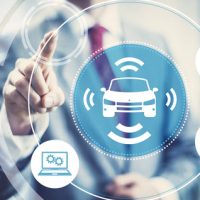 Since Tesla launched its autopilot program back in 2015, the excitement over cars potentially driving themselves without human involvement has been on the rise. Now, self-driving systems are not only available in Tesla’s anymore. Many new cars offer a “hands-free” driving feature, and it appears the trend will only continue to become more popular as the evolution of motor vehicle operation progresses.

Unfortunately, the technological advancements that have enabled cars to drive themselves are not perfect. In fact, Tesla tops the government’s list of vehicle crashes that take place while using active driver-assist features, which automakers argue make driving safer. According to the National Highway Traffic Safety Administration (NHTSA), from July 20th, 2021, to May 21st, 2022, there were 392 crashes involving vehicles using Autopilot, and Tesla represented an overwhelming majority of them, with 273 reported crashes.

Two recent Tesla crashes hit close to home, as they both occurred in Florida, and were both fatal. The first person killed while using Tesla Autopilot was Joshua Brown when his Tesla Model S crashed into a tractor-trailer that was crossing his path on US Highway 27A, near Williston, Florida, in 2016. Three years later, another Tesla owner, 50-year-old Jeremy Beren Banner, was also killed on a Florida highway while using Autopilot when his Model 3 collided with a tractor-trailer that was crossing his path, shearing the roof off in the process.

The NHTSA announced has announced several special investigations into what led up to these deadly crashes, however we cannot place all the blame on the automakers. Tesla cars come standard with advanced hardware capable of providing Autopilot features, and full self-driving capabilities—through software updates designed to improve functionality over time. According to Tesla’s website, “Autopilot advanced safety and convenience features are designed to assist… with the most burdensome parts of driving,” such as steering, accelerating and braking automatically within a lane, however it explicitly states that “Current Autopilot features require active driver supervision and do not make the vehicle autonomous.”

No one likes to get caught up in semantics, however, when it comes to the topic of self-driving cars, it’s incredibly important to separate an autopilot feature from a vehicle that is fully capable of driving itself without a “pilot” whatsoever. First of all, Tesla never uses the term “driverless car,” it calls its Autopilot feature a ‘driver-assist system,’ supporting the notion that its vehicles are not autonomous. According to the website, “Tesla Autopilot relieves drivers of the most tedious and potentially dangerous aspects of road travel.” Tesla claims that the Autopilot function is available to give drivers more confidence behind the wheel, increase safety on the road, and make highway driving more enjoyable. It explicitly states that “the driver is still responsible for, and ultimately in control of, the car.”

The website goes on to say that its cars “have the hardware needed in the future for full self-driving… to conduct short and long distance trips with no action required by the person in the driver’s seat.” However, they note that necessary regulatory approval and proven system reliability prevent self-driving features without supervision from becoming reality.

Although the current language places the onus for crashes squarely on the driver, some experts believe that the focus will eventually shift from personal liability to manufacturer liability as more self-driving vehicles become involved in accidents. However, until then, it is still up to the driver to always keep an eye on the road while behind the wheel to prevent more of these horrific tragedies from occurring.

By Michael Pike and Daniel Lustig | Posted on September 30, 2022