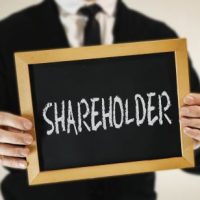 According to a report from Bloomberg Law, the investment banking company Goldman Sachs has agreed to pay nearly $80 million to resolve a shareholder derivative lawsuit. The dispute is related to a bribery scandal centered around the troubled and insolvent strategic management company 1Malaysia Development Berhad (1MDB). Within this article, our Miami shareholder dispute lawyer provides a more comprehensive overview of the shareholder derivative claim.

1Malaysia Development Berhad is a now-insolvent strategic development fund owned largely by the Malaysian government. The company has been under serious scrutiny from regulators—including the United States Department of Justice (DOJ)—for more than five years. Some believe that more than $4 billion was misappropriated or outright stolen from the development fund.

Goldman Sachs Officers and Directors Were Involved in the Scandal

The case involving Goldman Sachs provides an example of how shareholder derivative lawsuits work in practice. The core allegations is that the company suffered harm due to the improper conduct of officers, directors, or other insiders. The shareholders are adversely affected because they own a stake in the company. A derivative action allows shareholders to file a claim on behalf of the company. It is a potentially powerful civil remedy to corporate decision-makers legally accountable for damages sustained by misconduct.

At Pike & Lustig, LLP, our Florida shareholder dispute lawyers are skilled, experienced advocates for clients. If you have any specific questions or concerns about shareholder derivative lawsuits, we are available as a legal resource. Call us now to set up your initial meeting with an attorney. Our business law firm provides legal representation in shareholder disputes throughout Southeastern Florida, including in Miami-Dade County, Palm Beach County, and Broward County.

By Michael Pike and Daniel Lustig | Posted on November 3, 2022
Skip footer and go back to main navigation