Hit-And-Run Crashes On The Rise In Florida 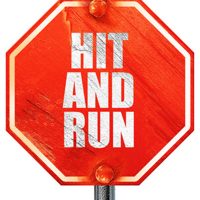 The news of another child passing away from a hit-and-run accident that occurred in December of 2021 has the community reeling all over again. The crash occurred in Wilton Manors, Florida when a driver veered around a school bus, almost hitting the front driver’s side before driving off the road and onto the sidewalk, hitting six children aged 2-10 years. Two children died instantly and four were taken to Broward Health Medical Center, where unfortunately there has now been another fatality. The worst part? The driver fled the scene after striking all those children. He has since been found and charged with two counts of leaving the scene of an accident involving death, among other charges, which will now become three counts of leaving the scene of an accident involving death.

Hit-and-run accidents crashes and fatalities are tragically on the rise in the State of Florida. Nearly 25% of all crashes in Florida involve a hit and run, which translates to Florida drivers fleeing the scene of an automobile accident roughly 25 to 50 times a day. However, regardless of the situation, it is morally and legally wrong to flee the scene of an accident. In Florida, leaving the scene of a crash where there are injuries or fatalities is a felony. If the crash results in injuries, the individual may have their license revoked for at least three years, serve up to five years in prison, and have to pay a $5,000 fine. If the crash involves fatalities, the person who fled faces a mandatory minimum prison sentence of four years in addition to a $10,000 fine and their license revoked for three years.

Fleeing the scene of an accident is not just illegal, it’s cruel. In the story we discussed, the perpetrator showed a blatant disregard for human life. Thankfully, hit-and-run accidents don’t always result in death, however there are usually injuries and often damage to property, especially when two or more vehicles are involved in a hit-and-run accident.

Luckily, victims have the law on their side. There are many legal options to help victims with the financial burden of medical bills and loss of income, as well as the emotional pain and suffering an accident may cause.

The Florida Department of Highway Safety and Motor Vehicles (FLHSMV) and its division of the Florida Highway Patrol (FHP) are leading the state’s “Stay at the Scene” campaign to prevent hit-and-run crashes, reduce fatalities and injuries, and bring justice to families impacted by these crimes. If you were injured in a hit-and-run accident, call an experienced personal injury attorney who can give you the support and legal guidance you will need.