How The Economic Loss Rule Could Limit Your Damages 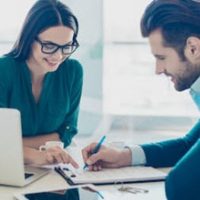 As a general rule, when there is a breach of contract, the damages for the breach are in the contract. Sometimes they are explicitly stated, and sometimes they can be inferred–but either way, someone’s damages for a breach are limited to, and defined by, the terms of the agreement.

Suing for More Than the Contract

The law for a long time disallowed this kind of thing under what is called the economic loss rule. Parties have negotiated potential damages in a contract and it would be unfair to then allow someone to recover more than what was bargained for, simply by suing for an alternative, non-breach of contract legal theory.

Changes in the Law

But courts began to look at the economic loss rule differently, realizing that in a breach of contract case, there could be other remedies that should allow recovery of damages outside of the contract.

That’s why the Florida Supreme Court eventually rescinded (or limited) the rule, instead saying that it only applied to products liability cases. This allowed much expanded damages in a typical breach of contract case.

Still, any party that seeks damages in a breach of contract case that go beyond the contract will need to show that the damages, the cause of action being alleged, and perhaps the underlying set of circumstances are different than just in the straight breach of contract.

Put another way, simply couching a breach of contract under a different legal theory to get additional damages won’t suffice.

In that case, you likely could recover both sets of damages, without being limited to simply damages under the contract.

Call the West Palm Beach business litigation attorneys at Pike & Lustig today to help you if you have any business law related questions.