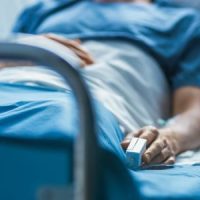 For many people, the amount of blood they can see equates to how serious of an accident there is, or the severity of an injury. But that fails to account for a very serious injury that you may not see: Internal bleeding. Many people may not even know what internal bleeding is, why it’s dangerous or signs to look out for.

Why We Bleed Internally

Many people make the false assumption that our bodies are filled with blood. That is not the case. Blood is carried throughout our bodies in veins and arteries and capillaries. When you cut yourself, you bleed—but not because blood is spilling out of your insides, but rather, because you have cut an artery or vein that carries blood.

But much like your skin has arteries and veins that bleed, so too do the organs inside of you. Just like your skin bleeds, so too can your kidneys or liver or any other part of your insides.

That can be life threatening for a number of reasons.

The main reason is because there is nowhere for blood to go when you bleed internally, it ends up putting pressure on your other internal organs. You can suffer organ failure or other organ damage, simply from the pressure of the bleed having nowhere to go.

That means that you can bleed out very quickly, without even knowing. So how do you know if you are bleeding internally, if you can’t see blood? Some common symptoms include:

-Confusion or difficulty getting words out of your mouth

-Bruising, but in unexplained areas or areas that seem undefined, or bruising that spreads rapidly with no explanation

-Blood when going to or using the bathroom

Internal bleeding can be a silent killer—and if the bleed is small and slow enough it may even be missed at an initial emergency room visit. That’s why accident victims shouldn’t be left alone immediately after an accident, and should go to the hospital if their condition ever worsens.

Call the West Palm Beach personal injury attorneys at Pike & Lustig today if you have suffered an injury like an internal bleed, or any other type of injury to see what compensation you may be entitled to receive.

By Michael Pike and Daniel Lustig | Posted on October 26, 2022
Skip footer and go back to main navigation