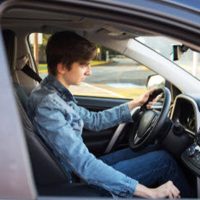 The Florida Department of Highway Safety and Motor Vehicles (FLHSMV) announced their recognition of National Teen Driver Safety Week in conjunction with the National Highway Traffic Safety Administration (NHTSA) and public safety partners across Florida. The campaign runs from October 17-23 and aims to educate teens and their caregivers on safe driving practices and remind them of the risks and responsibilities associated with driving.

Governor Ron DeSantis participated in the observance of National Teen Driver Safety Week by issuing a proclamation in observance of Teen Driver Safety Week in Florida encouraging teenaged Florida drivers to help reduce injuries and tragic loss of life. According to the proclamation, Florida teens (ages 15-19) make up approximately 5% of Florida’s licensed drivers. However, crashes with teen drivers typically make up 11% of all crashes in Florida. In 2020, there were 39,150 crashes with teen drivers, resulting in 97 teen-driver fatalities statewide.

It is important for parents to ensure their teenaged kids are following the rules of their specific licenses as there are differing laws and curfews depending on age and category. Here is a quick refresher:

The FLHSMV’s Teen Driver Safety campaign also encourages parents to remind their kids that driving is a privilege, and like any privilege, it can be taken away. In fact, parents (and legal guardians) can even cancel their kid’s license as long as they’re still a minor! You may want to lead with that. Here’s their full list of tools and language to take ownership of their driving habits:

By Michael Pike and Daniel Lustig | Posted on October 22, 2021
Skip footer and go back to main navigation