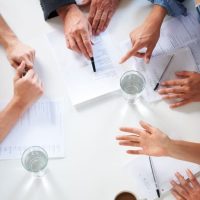 According to Reuters, the United States District Court for the District of Massachusetts will allow a class action shareholder lawsuit against Sonus Networks Inc.—the cloud-based communications company that went on to merge with Ribbon Communications US LLC—to proceed. The shareholder lawsuit is especially notable because it has been three years since the latest claim was initially filed. The matter had actually previously been dismissed, but was revived after Sonus settled securities violations with the SEC. Within this article, our West Palm Beach shareholder dispute lawyer discusses the case in more detail.

Sonus Networks Inc. was founded in 1997. The company went public a few years later. It provides a wide array of technology communication services, including cloud-based services. The underlying dispute in this case occurred in 2015. At that time, Sonus announced a sudden cut in future revenue projections. The stock price immediately fell by more than 30 percent. A group of shareholders allege that executives at Sonus deceived them with inaccurate revenue projections.

Note: Sonus Networks Inc. completed a comprehensive merger since the time that the shareholder complaint was filed. The company now operates as Ribbon Communications US LLC, with a headquarters in North Texas.

A class action shareholder lawsuit was filed against Sonus soon after the alleged deception by its corporate executives. In 2017, the United States District Court for the District of Massachusetts dismissed that complaint. The court determined that the allegedly deceptive statements by Sonus executives were “not actionable” under the law.

However, in 2018, Sonus reached a securities law settlement agreement with the SEC. The company paid $2 million to resolve enforcement action related to “misleading revenue projections.” The SEC cases involved the same underlying matter. Shareholders filed another lawsuit on the grounds that the SEC settlement “reset” the statute of limitations in the case.

After several more years winding its way through the system, a federal court in Massachusetts has now agreed that shareholders have a right to a full hearing on the merits of their claim. The motion to dismiss filed by Sonus has been denied. As such, the class action lawsuit focused on whether or not Sonus executives made improper material misrepresentations to shareholders regarding corporate revenue projections in 2015 will be allowed to proceed.

At Pike & Lustig, LLP, our shareholder law attorneys have the skills and experience to handle class action cases. If you have any specific questions or concerns about a class action shareholder lawsuit, please do not hesitate to contact our team for help. We are focused on finding solutions. Our attorneys represent clients from our office locations in West Palm Beach, Miami, and Wellington, including in Palm Beach County, Martin County, Miami-Dade County, and Broward County.

By Michael Pike and Daniel Lustig | Posted on December 1, 2022