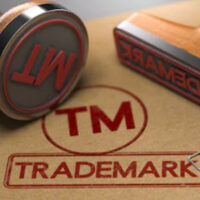 On January 14th, 2020, the Supreme Court of the United States heard oral arguments in the case of Romag Fasteners Inc. v. Fossil Inc.—a legal dispute over what types of damages can and should be awarded in a case involving negligent, but not intentional trademark infringement.

More specifically, the nation’s highest court must determine if parties that commit negligent trademark infringement can be ordered to forfeit their profits. Below, our legal team offers a more detailed review of the case.

Romag Fasteners is a company that makes and sells the magnetic snap fasteners that are common in many wallets, handbags, and purses sold to consumers in Florida and throughout the United States. The defendant, Fossil, is a Texas-based fashion company that sells a number of products that use these types of fasteners.

Nearly two decades ago, the two firms entered into a commercial agreement whereby Fossil would use tens of thousands of Romag Fasteners in its products. Eventually, the deal expired and was not renewed. In 2010, after business relationship ended, an executive for Romag Fasteners discovered that Fossil was using counterfeit Romag products in its merchandise. A lawsuit was filed against Fossil.

Romag filed both patent and trademark infringement claims against Fossil. In these lawsuits, Romag alleged that Fossil committed willful violations. Fossil, though they eventually acknowledged the infringement, countered that it was an unintentional oversight.

Romag prevailed in trademark infringement claim. Even though the jury agreed that the infringement was not intentional, it still awarded Romag nearly $6.8 million in damages—the overwhelming majority of that being Fossil’s profits for the products related to the infringement.

However, on appeal, the jury’s award of profits was disallowed. Multiple courts ruled that profits could only be awarded to the plaintiff as damages if there was a finding of a “willful” trademark violation, negligent infringement was not sufficient. This dramatically reduced the total value of the trademark infringement award.

The Stakes are High

It is now up to the Supreme Court to resolve this matter. Can a plaintiff in a trademark infringement case recover profits as part of its damages award if there was no willful/intentional violation? If so, it will have very important implications for trademark infringement lawsuits going forward, as willful infringement is much more difficult to prove than negligent infringement. A decision is expected later this year. Our Florida trademark law attorneys will keep a close watch on this case and all related legal developments.

Speak to Our Florida Trademark Litigation Attorneys Right Away

At Pike & Lustig, LLP, our West Palm Beach trademark litigation attorneys offer cost-effective, solutions-oriented legal representation to companies and organizations. If you have questions about trademark infringement and possible forfeit of profits, we are here to help. Call us now for immediate assistance. With offices in Miami and West Palm Beach, our trademark lawyers serve clients throughout the surrounding area.