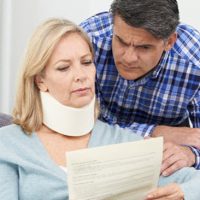 According to the Legal Information Institute of the Cornell Law School, personal injury refers to harm to a person’s physical or emotional health or reputation due to a wrongful or negligent act of another individual or a company. In 2020, personal injury filings surged 97% from the previous year. However, only 4% of personal injury cases go to trial each year, with the rest settled pre-trial. In this article, we’ll be discussing 4 of the most common personal injury claims.

The most common type of personal injury claim is from vehicular incidents, including accidents involving cars, trucks, buses, motorcycles, bicycles, and pedestrians. According to The Florida Department of Highway Safety and Motor Vehicles’ Crash Dashboard, the total number of car crashes per year adds to 400,431. Furthermore, these collisions claimed close to 4,000 lives and caused more than 250,000 injuries.

In most of these claims, there is some dispute between the parties involved, as well as their insurance companies. Fault is usually contested by all those affected, except during rear-collision accidents, where the trailing driver is almost always at fault.

Most car accident claims involve both physical injuries and vehicular damage, as well as other types of personal injury damages like lost income or “pain and suffering.”

It’s also important for Florida drivers to be aware that the Sunshine State is one of 13 states to have a comparative negligence law, meaning more than one person can be at fault for any accident that may occur. So, it’s important for all parties to follow the law, because no one person can necessarily get off Scot free in the state of Florida.

The Most Common Types of Medical Malpractice can include:

The Institute of Medicine estimates that medication errors are the most common of medical errors, with 1.5 million people suffering injury from these mistakes each year. We also know medical malpractice increases when a medical resident or doctor works long hours without sleep. On average, residents in their first year as doctors can go more than 36 hours without and surgeons who are on-call can usually log more than a 72-hour work weeks.

But who is being disciplined for medical malpractice? Over five percent of doctors account for 54.2% of malpractice errors, according to the National Practitioner Data Bank. It finds that 13 percent of doctors who have five medical malpractice strikes against them have actually been disciplined. Florida ranks at the bottom of states that take medical license revocations seriously in that they result in payouts. According to Public Citizen’s January 2007 study, “The Great Medical Malpractice Hoax”, three out of 10 doctors who had 10+ malpractice claims for which they had paid an injured patient, continue to practice to this day. That also means doctors without any malpractice claims are covering the insurance for the doctors with the most claims.

In Florida alone, 3,000 to over 5,000 deaths occur each year from medical malpractice. That is more than the combined number who die of homicide, breast cancer, and AIDS combined.

More than one million Americans go to the emergency room each year for a slip and fall accident. According to the Centers for Disease Control and Prevention, the average hospital cost of a slip and fall is more than $30,000. More so, many people hesitate to file a personal injury claim because they worry about having to formally testify in a courtroom. What many people don’t know, however, is that only about two percent of personal injury cases actually go to a jury trial.

Slip and fall accidents can lead to severe injuries, including:

Most people don’t know, but when it comes to dog bites, it is possible for a dog owner to be held accountable for their dog’s attack both civilly and criminally.

Florida happens to be one of many “strict liability” states in the US. This means that an owner can be held liable for a dog bite even if their dog has never previously shown any signs or tendencies of being aggressive in nature. More so, Florida dog bite laws do not require the victim to prove their injuries were a result of an owner’s negligence, just that they were from a particular dog’s actions. This is why leash laws and constant vigilance are so important for every dog owner to always follow.