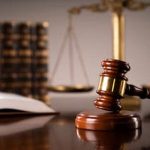 In what appears to be more about making a point than actual money, WPTV reported that a jury in Texas has awarded a family of drunk driving victims $301 billion after a man was overserved at a bar in Corpus Christi back in 2017. He ended up killing a 59-year-old woman and her 16-year-old… Read More »

Brace yourself for unpleasant surprises at courthouses in Palm Beach County, with the clerk’s office projecting docketing delays of up to eight days. Read more