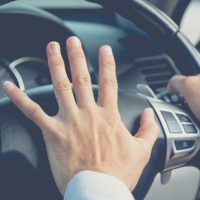 Road rage, also referred to as aggressive driving, is unfortunately very common. Aggressive driving has been a problem for a while, but lately, it seems to be getting worse. Whether it’s life in the pandemic or simply increased reporting, incidents of screaming, rude gestures, and sometimes even violence on the road are no longer unusual. Here are seven more shocking road rage statistics you may have never heard. According to a Driver’s Ed report, here are 7 of the most shocking road rage statistics:

Over half of all drivers consider driving 10 mph over the speed limit to be perfectly normal, especially during rush hour. For the other 47% of drivers, this is seen as aggressive behavior, which can raise the stress level of even the calmest drivers.

Going 10 mph over the speed limit can easily be considered aggressive driving, and many police officers will give you a speeding ticket for it. Speeding and other aggressive driving maneuvers significantly increase the chances of a car crash. And the faster you are going when you collide the worse the collision is going to be.

Road rage is the cause of nearly 1 in 3 crashes. About a third of crashes can be linked to road rage behaviors such as speeding, changing lanes without signaling, tailgating and illegal maneuvers. The National Highway Traffic Safety Administration (NHTSA) estimates over 94% of car crashes are caused by human error and aggressive driving falls into that category.

#3 – 50% of Drivers Get Aggressive With Road Ragers

Half of drivers admit to aggressive driving after another driver has done it to them. The most common responses are:

About 2% of drivers admit to actually attempting to run another aggressive driver off the road! Some of the startling things drivers have done in retaliation to road rage include:

Over one-third of road rage incidents involve at least one driver with a firearm in their vehicle. The presence of a weapon can significantly raise the danger level, especially if tensions are already running high. It’s a danger not only for the drivers involved, but for other drivers and pedestrians in the area.

#6 – 66% of Traffic Fatalities Are Caused by Aggressive Drivers

Aggressive driving has been linked to two-thirds of all traffic fatalities. It’s declining little by little, but around 40,000 people still die in car crashes every year. Vehicles are safer than ever and more traffic laws are in place to protect drivers, passengers, and pedestrians alike. So why are the number of fatal car crashes still so high? As it turns out, no safety system in the world can protect you from an aggressive driver.

Remember, 37% of aggressive drivers have a firearm in their vehicle, and every year, around 30 murders are linked to a road rage incident. You never know what someone else is capable of or whether they have a weapon. Play it safe and avoid confrontation – it could actually save your life.

By Michael Pike and Daniel Lustig | Posted on September 2, 2021