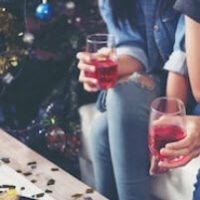 The holiday season has officially begun, aka it is time to watch out for drunk drivers in West Palm Beach and elsewhere in Florida. If you are planning on visiting your relatives or friends or traveling this holiday season, beware of intoxicated motorists.

Statistics do not lie. People tend to drink alcohol more often this time of year, and it is not surprising why. After all, a family dinner on Thanksgiving or attending an office Christmas party almost always involves alcohol.

That is also the time of year that sees an uptick in DUI auto accidents in Florida and all across the nation. Truck crashes caused by intoxicated drivers are also frequent during the holiday season. Truck drivers who work and are far away from their homes choose to celebrate on their own. Unfortunately, it does not stop many of them from operating the vehicle while impaired.

Drunk Driving Auto and Truck Accidents on Thanksgiving and Christmas

SCRAM Systems, a U.S. alcohol monitoring company, analyzed data from national agencies and organizations to put together a useful yet shocking infographic regarding drunk driving during the holiday season.

The infographic shows that 40% of traffic-related deaths – involving both trucks and cars – during the holidays are caused by drunk drivers. The same can be said about 28% of road accident fatalities the rest of the year.

The same infographic revealed how often Americans drink during the holiday season:

How Common Are DUI-Related Fatalities During the Holidays?

The same infographic shows that about 70% of DUI-related road accident fatalities involve a motorist with a blood alcohol content (BAC) level of almost twice the legal limit (0.15%).

Between the three major holidays – Thanksgiving and New Year’s Eve – most drunk driving fatalities occur on:

How Can DUI Accidents Be Prevented During the Holidays?

Unfortunately, many drivers in West Palm Beach and elsewhere in Florida think it is no big deal if they drive after drinking. Some become confident in their ability to drive impaired because they have never been caught or involved in an auto accident before.

Motorists who fail to recognize the consequences of drunk driving will get behind the wheel again and again, and the risk of encountering one of such drivers is exceptionally high during the holiday season.

Speak with our West Palm Beach truck accident attorneys at Pike & Lustig, LLP, if your crash involved a drunk driver. Call at 561-291-8298 to discuss your options.

By Michael Pike and Daniel Lustig | Posted on December 4, 2019