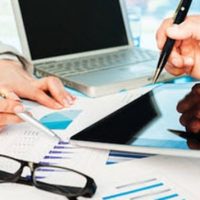 Online retailer Amazon recently found itself in trouble for a business practice that the Attorney General in the State of Washington alleged was illegal. The program has since been shut down, and although your business may not be as large as Amazon’s it’s still worth looking at, as a lesson to how careful businesses must be to avoid running into trouble with antitrust laws.

The program worked like this: Amazon and an unrelated retailer would agree on a price to sell the retailer’s items on Amazon. Amazon had the right to increase the price, and keep the profits, if the item sold above the previously agreed upon price.

So that’s what Amazon did: It increased the sales price of the items, purportedly so that Amazon could get a part of those profits. The problem, as alleged by the Attorney general, was that Amazon was actually raising the profits of those items in an effort to make Amazon’s own products more appealing, given that Amazon’s products would now be more affordable to the consumer.

When Amazon raised the prices on the products that it was partnering with the outside retailers to sell, sales naturally declined for those items. In the end, Amazon won either way: If the consumer bought the higher priced item, Amazon would get the profits above the seller’s price, and of course if the consumer opted for the Amazon product instead, Amazon realized a benefit.

What made the situation even more illegal, as alleged by the state, was that the situation amounted to price fixing: Amazon, technically a competitor of the retailers that it was “partnering” with, was fixing prices by setting its own prices on its own goods and on the third party retail partners’ goods. Amazon’s agreements with the retailers even prohibited the retailers from lowering their prices.

Under price fixing laws, competitors are not allowed to make secret deals or engage in any coordination in order to set the price of goods or services in any given market.

Amazon denied any wrongdoing. In fact, the program was initially set up to help retailers, as Amazon would automatically calculate what similar goods were selling for, and would sell the retailers’ goods at a similar price, allowing retailers to ensure that its products were competitive in the market. However, with the lawsuit, Amazon has since shut down the program. Amazon will have to pay a $2 million penalty to the State of Washington.

Businesses Should be Careful

When it comes to business, there is a fine line between genuine coordination, marketing programs, and piggybacking with other retailers, and having too much power or control. Anything that restricts customer choice, or where a company forces a competitor out of business not by good business, but by wielding undue power, may end up a target for a government law enforcement agency.

By Michael Pike and Daniel Lustig | Posted on February 3, 2022