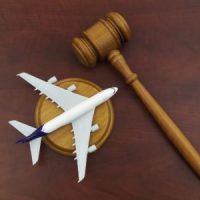 According to a report from CNBC, American Airlines and JetBlue are seeking a dismissal of an antitrust lawsuit designed to block a recently approved business partnership between the two companies. The Department of Justice (DOJ) and six U.S. states recently filed a lawsuit against the airlines’ “Northeast Partnership” on the grounds that the deal would run afoul of federal antitrust law. In this blog post, our Miami partnership dispute lawyers provide an overview of the business partnership and the antitrust lawsuit filed by federal and state authorities.

In July of 2020, the Trump Administration gave approval to a (at-the-time) proposed business partnership (alliance) between American Airlines and JetBlue. Frequently referred to by the names “Northeast Partnership” and “Northeast Alliance”, the partnership would allow the two airlines to synthesize their businesses at several busy airports in the northeastern United States, including in New York City and Boston.

Most notably, the partnership allows American Airlines to sell certain tickets for JetBlue flights and vice versa. The two airlines touted that partnership as allowing them to better compete with some of the biggest carriers in the region, including Delta Airlines and United Airlines.

When you think about antitrust lawsuits, you probably think about mergers and acquisitions (M&A) transactions. While most antitrust cases involve mergers and acquisitions, it is also possible that a business partnership could run afoul of federal antitrust laws. On September 21st, 2021, the DOJ filed a lawsuit to block an alleged “unprecedented” business partnership between American Airlines and JetBlue. Six states—Arizona, California, Florida, Massachusetts, Pennsylvania, Virginia—joined the claim. Despite being a regional business partnership, the DOJ argues that the relationship would harm consumers nationwide by reducing competition and raising prices. They contend that the high levels of coordination between American Airlines and JetBlue in the busy northeastern markets amounts to a de-facto merger between the two companies.

The Airlines Move for Dismissal of the Lawsuit

In a federal court in Massachusetts, legal representatives for American Airlines and JetBlue have been seeking the dismissal of the antitrust lawsuit against their business partnership. In defending their partnership and calling for a dismissal, the two airlines emphasize that the Northeast Partnership has already been underway for nearly nine months, yet the DOJ cannot find evidence that it has caused any price increases for consumers. The federal court will have to determine the business partnership antitrust law.

Get Help From Our South Florida Partnership Law Attorney

At Pike & Lustig, LLP, our Florida partnership lawyers are devoted to providing the highest level of personalized guidance. With a commitment to superior customer service, we see solutions where others see problems. If you are locked in a dispute with government authorities regarding a commercial matter, we can help. Call us today for a confidential consultation. Our law firm offers legal representation in Miami, West Palm Beach, Fort Lauderdale, and throughout Florida.