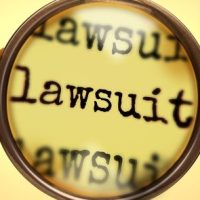 In early September of 2021, the stock price for Chegg (CHGG) was just over $86.00 per share. Within 10 weeks, it hit a multi-year low of $24.25 per share. The steep fall in the share price came after the company released disappointing financial information. Soon after, a group of shareholders filed a class action lawsuit. Here are three key things to know about this shareholder lawsuit:

For its part, the defendants have declined to provide a public comment on the class action shareholder lawsuit citing a policy on pending litigation. The shareholder claim is currently pending in the United States District Court for the Northern District of California. The relevant period cited in the class action claim is May 2020 through November 2021.

At Pike & Lustig, LLP, our shareholder rights lawyers are standing by, ready to protect your rights. If you are a shareholder who has sustained losses due to the improper conduct of corporate officers/directors, we can help. Get in touch with us today for a private review and evaluation of your case. Our law firm advocates for shareholders throughout South Florida, including in West Palm Beach, Jupiter, Palm Beach Gardens, Fort Lauderdale, Boca Raton, Miami, and Miami Beach.