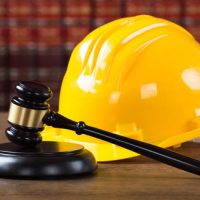 The case of Jovani Verduzco, a 22-year-old inexperienced construction laborer, whose legs were violently pinned between a front loader machine and bucket on a Davie construction site back in April 2016, was horrifying to all who witnessed the hour-plus rescue broadcast on live television.

Mr. Verduzco was injured while attempting to operate a Bobcat front loader. While operating the vehicle, Mr. Verduzco accidently drove the Bobcat into a sloped muddy area with the bucket in a high position causing the vehicle to become unstable. He then slid out of the front of the vehicle trapping his legs between its cabin and bucket for approximately 1.5 hours. At one point amputation of his legs was seriously considered.

One of several defendants, Whitfield Small, was an employee of W.S. Trash Hauling, who allowed Mr. Verduzco to operate the vehicle without inquiring as to whether he had any experience operating that kind of machine before entrusting the use of it to him. Without providing training or instruction of any kind, Mr. Small allowed the Plaintiff to use the vehicle unsupervised without attempting to facilitate the safe operation of the vehicle.

Pike & Lustig LLP argued that Mr. Small was negligent in failing to properly evaluate the Plaintiff’s level of experience to determine if he was qualified to operate the vehicle or to provide instruction, training or any supervision to facilitate the safe operation of the vehicle.

On February 9, 2022, in a Broward County courtroom, Mr. Verduzco got justice. His attorneys, Michael Pike and Robert “Burr” Johnson of Pike & Lustig, filed a lawsuit against eight separate individuals and entities on behalf of Mr. Verduzco.

Here are bulleted details of the case: