Avoiding Ambiguity In Your Contracts And Agreements 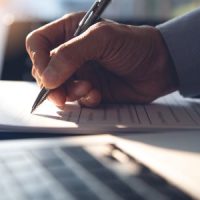 If there is one mortal enemy to enforceable contracts, it’s ambiguity, or vague terms. The first thing that someone will try to do when they are sued for breaching a contract is to try to argue that a term or condition of the contract is unenforceable because it is vague.

There are ways that a court will interpret vague or ambiguous terms, but that’s not a great place for you to be—you’d rather avoid the ambiguity in the first place, and take interpretation out of a court’s hands. But how do you do that?

There is no way to entirely ensure that the other party to your contract won’t argue that some term or condition is vague, confusing, open to interpretation, or ambiguous. People can always make an argument. But there are some things that you can do to lessen the possibility that happens—and to help you win your case, if the other side does raise that defense.

Here are some general tips that you can use to avoid the other party from arguing that your contract is ambiguous: