Be Careful On The Roads This Holiday Season 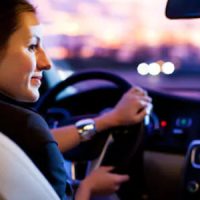 Holidays are traditionally a time of travel for families across the United States, which unfortunately makes the period from Thanksgiving until the end of the year one of the most dangerous times to be on the road. Roads may seem especially busy this year as AAA predicts 53.4 million people will travel for the holidays, up 13% from 2020. Unfortunately, car travel has the highest fatality rate of any major form of transportation based on fatalities per passenger mile. Furthermore, holidays are also often cause for celebrations involving alcohol consumption, a major contributing factor to motor-vehicle crashes. Based on figures from the National Highway Traffic Safety Administration, an average of 36 alcohol-related traffic fatalities occurred every day in the United States during the five-year period that was examined between 2013-2018. However, this figure rose to 45 fatalities a day around Christmas and to 54 a day around the New Year’s holiday.

Therefore, it is important to be educated. According to the Association for Safe International Road Travel (ASIRT)’s Annual United States Road Crash Statistics:

Furthermore, in their report, AAA offered some important advice to those hitting the road this holiday season. The most important of which is to plan ahead: minimize the number of stops along the way, pack meals, extra snacks and drinks in addition to an emergency roadside kit.

Before you head out, be sure your vehicle is ready for the trip to avoid a breakdown along the way. Have masks handy, even if you’re fully vaccinated, as some businesses along the way may require wearing them to go inside. Be safe and happy travels!

By Michael Pike and Daniel Lustig | Posted on December 1, 2021