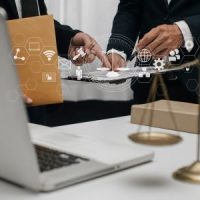 We have written in the past about the various ways that officers and directors of a company can get themselves in trouble. Often, this includes breaches of fiduciary duties. Certainly, the mere fact there was a bad business decision, or that the company doesn’t do well, does not mean an officer or director is liable, or that he or she did something wrong.

But there is one category of wrong which will almost always get someone in trouble: Self-dealing. As the name implies, self-dealing involves using your position, or company assets, to benefit something or yourself, personally.

Ice cream maker Ben & Jerry’s is learning about self dealing the hard way. Recently, the head of the company’s board of directors was accused of using corporate moneys to help her own pro-Palestinian nonprofit organization. The allegations were revealed in a complaint made to the IRS.

The lesson here has nothing to do with Palestine or middle east relations. It has to do with making sure that you are not misapplying company funds, and understanding that officers or heads of boards of directors are not autonomous.

Decisions made by corporate officers or directors, must have some benefit for the company. Officers and directors need to separate themselves, and their own interests, from company interests.

Self dealing can come in other ways as well. Imagine the following:

If a director does want to engage in a transaction that could be seen as self dealing, the transaction or activity must be disclosed to the company. The transaction must be approved by any neutral board members—that is, members who don’t also have some interest in the proposed transaction, and who have not been influenced in any way to vote one way or another.

Note that this exception only applies to members of a board of directors—not to corporate officers.

If you have doubt whether a proposed action may be considered self-dealing, it is best to ask a business attorney, and disclose the proposed transaction or activity to the company’s board of directors.

By Michael Pike and Daniel Lustig | Posted on September 7, 2021