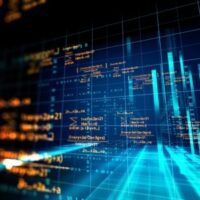 BitMEX is a cryptocurrency exchange and derivative trading platform based in the Seychelles, an island off of the coast of Africa in the Indian Ocean. The company was founded by two Americans and a British citizen. According to a report from Coingeek, the three founders of BitMEX are facing a wave of civil and criminal RICO lawsuits. In this blog post, our West Palm Beach RICO claims lawyers provide an overview of the timeline of this case and explain the allegations against the BitMEX founders.

Early 2014: Founding of the Business

BitMEX was launched in the early part of 2014. It was founded by Arthur Hayes, Ben Delo, and Samuel Reed. Through its platform, consumers could trade in a number of cryptocurrencies and cryptocurrency-related derivative products. Over the first two years, BitMEX was so successful that its founders became some of the youngest self-made billionaires in history.

Nouriel Roubini is one of the most well-known economists in the United States. Among other things, he has garnered a reputation as a public critic of cryptocurrencies. In the summer of 2019, he published a story alleged that BitMEX was likely involved in illegal conduct. According to Mr. Roubini, the company was violating U.S. securities law by allowing investors to take on an unacceptable amount of risk and by taking positions against them. Within days, it was announced that the federal regulators (the CFTC) was investigating BitMEX.

In October of 2020, the three founders of BitMEX and a fourth individual were all indicted for alleged violations of the United States Bank Secrecy Act. Federal prosecutors contend that the four men failed to implement legally required anti-money laundering measures. In April 2021, Mr. Hayes turned himself in to law enforcement in New York and was released on $10 million bail. Currently, he is set to face a criminal trial in early 2022.

May of 2021: Another Civil RICO Lawsuit Filed

On May 13th, 2021, a new civil RICO lawsuit was filed against the founders of BitMEX. The civil legal claim was filed by a man named Anatoly Sorokin, who is being represented by an attorney who has already filed other civil RICO claims against the embattled cryptocurrency exchange. The civil RICO lawsuit was filed in a federal court in California. The allegations are significant. The plaintiff alleges that the BitMEX cryptocurrency trading platform was created with an express intent to engage in unlawful activity, including fraud, evasion of international financial losses, and manipulation of public markets. To prove civil RICO liability, the plaintiffs must establish that the firm’s founders engaged in a pattern of racketeering activity.

Get Help From a Civil RICO Lawyer in Southeastern Florida

At Pike & Lustig, LLP, our Florida commercial litigation attorneys have deep expertise in representing plaintiffs and defendants in civil RICO lawsuits. We know all sides of state and federal law. Call us now for an immediate, fully confidential evaluation of your case. Our firm handles civil RICO claims from our law offices in West Palm Beach, Wellington and Miami.