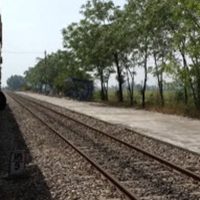 The deadliest railway in the United States has big plans to improve safety on its tracks, which happen to be some of the country’s most dangerous. Brightline and the Florida Department of Transportation jointly applied for a grant from the federal government for $25 million, which they have just been awarded.

The entire initiative carries a $45 million price tag, after $10 million from the privately run rail line and another $10 million from the Florida Department of Transportation. The money will help pay for roadway paintings and warning signs near crossings, raised pavement markers like the plastic cylinders drivers see separating interstate express lanes to prevent people from leaving their lanes, and 33 miles of fencing to prevent trespassers from moving onto the tracks. New suicide hotline signs will also be posted, hoping to prevent people from laying on the tracks to kill themselves.

NBC 6 Investigators have reported on the many instances of drivers and pedestrians consistently moving onto the tracks when the train comes, causing 85 accidents since 2018, killing 27 people, and injuring 30 others.

In June, Brightline and the Broward Sheriff’s Office conducted “Operation Crossing Guard” in hopes of increasing awareness and reducing the number of deaths at rail crossings. During the two-week program, more than 500 citations were issued: 157 citations for stopping on railroad tracks, 146 for driving around closed gates, 122 for stopping too close to closed gates, 90 for blocking intersections and 25 for pedestrians walking around closed gates.

The National Highway Traffic Safety Administration (NHTSA) reports that “though highway-rail crossing incidents and fatalities declined dramatically for decades, the number of drivers going around lowered gates has increased in recent years.” The NHTSA has released these recommended steps for navigating train crossings:

The new safety improvements on the Brightline are expected be completed in 2023, which happens to be the same year they are scheduled to open up the new Orlando line. Therefore, it is imperative that people continue to be aware of and follow these important train safety measures for years to come.