Can a Mistake Excuse You From a Contract? 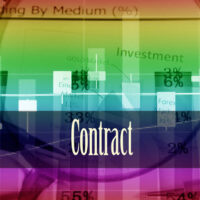 We all make mistakes. We are, after all, only human. But should a mistake excuse performance under a contract, or justify breaching a contract? It can-but only under certain situations.

Courts are Wary of Mistakes

As you can imagine, we have an interest in making sure that people live up to their obligations under the contracts that they enter into. If someone could say “oops” and get out of a contract, there would be no legal or business certainty in our legal system.

Before talking about what a legal mistake is, let’s talk about what it is not. A mistake is not a failure to anticipate, or the occurrence of an unforeseen circumstance. For example, nobody could have foreseen the onset of COVID-19. However, the emergency of COVID-19 is not the existence of a mistake that will justify being excused from performing under a contract.

Ultimately, you are responsible for thinking about what could happen to you, or in the world, and contracting to make sure that you are protected under all contingencies. That includes understanding the things that you don’t know or understand, and making sure there’s language in your contract that protects you.

A mistake that excuses performance can be mutual, or unilateral.

In a mutual mistake, both parties were mistaken about a fact or circumstance that makes performance under a contract impossible or impracticable.

A mutual mistake also occurs when the parties both intended one thing, but somehow the language of the contract ended up being something else. For example, if I contract to train your horses, but the contract inadvertently said I would be training your dogs, this would be a mutual mistake. In these cases, the Court would not be rewriting the contract—it would just be altering it to reflect what both parties thought it was going to say in the first place.

A unilateral mistake is much harder to prove. In a unilateral mistake, one party has made an error. A court will only alter a contract or excuse performance under the contract, if the party isn’t at fault for the error, and the other party did something to cause the error. This usually happens when a party makes a misrepresentation, or commits fraud, such that the other party thought things were different than they actually were.

Simply knowing that the other party is making a mistake, won’t reach the level of misrepresentation of fraud to justify a unilateral mistake.

Make sure your contracts are legally enforceable, and that they protect you to the extent possible. Call the West Palm Beach business litigation lawyers at Pike & Lustig to help your business operate safely.