Can An Employee Be Fired For Using Legal Medical Marijuana? 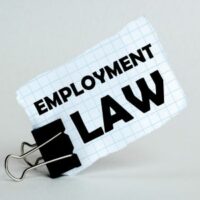 Medical marijuana is legal in Florida. But you may not want it in your business or in your workplace, for your own reasons. Certainly, you have the right to run your workplace as you see fit, within the confines of the law. On the other hand, can you legally fire someone who is using marijuana legally and can prove he or she has a legal prescription?

The answer is yes, currently you are legally allowed to fire an employee for using marijuana, even if that employee is using it legally and can document its legality. There have been many efforts to change this, but none have yet passed the Florida legislature.

There are a number of reasons why you can currently legally fire someone using marijuana legally.

The first is simply the fact that Florida is an at-will employment state. So, if you want to fire an employee for any reason that doesn’t violate federal or state discrimination laws, you can do that.

There is no federal law that protects people using medical marijuana. In fact, technically under federal law, marijuana is still illegal, even if it’s being used legally in a given state.

All of this means that there is no restriction on firing or refusing to hire people who use marijuana legally and with a medical prescription-although it should be noted that many employees, especially in the public sector, or in sectors where there are unions, have fought firings over medical marijuana very vigorously.

Sometimes, It May Not Be Legal

However, there are some things to look out for. The first is the Americans with Disabilities Act (ADA). If an employee is using marijuana for a protected disability under the ADA, you may have an obligation to allow the usage. Of course, not all reasons for taking medical marijuana are necessarily disabilities that are protected under the ADA.

Another pitfall may be your employment agreement, if you have one. Wording can be key here.

If an employment agreement says that an employee can be fired for using “illegal drugs,” there could be a legal issue. Under state law, the employee’s use would be legal. However, under federal law, the usage would remain illegal. At the very least, the employee would have a fighting argument that the firing violated the written employment agreement.

That issue has not yet been tested in the courts, but it’s something employers should be wary of.

Call the West Palm Beach employment lawyers at Pike & Lustig for help with any of your labor or employment legal problems.