Can You Shorten The Time Limit To File A Lawsuit? 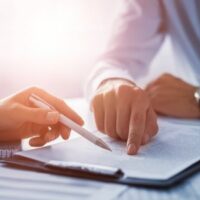 The statute of limitations is the ultimate time limit that you have to file a lawsuit. The time limits vary, depending on what kind of case it is. Some limitations can be quite short—a year in some instances—but in other cases, the time to sue can be 5 or 6 years.

Whether a shorter or longer time period to sue is a good or bad thing depends on what side of the lawsuit you’re on—if you’re the one suing, you may want a longer limitations period. And often, at the time of contracting, you may have no idea whether, if a lawsuit arises from your agreement, you will be the party suing or being sued.

Despite that uncertainty, many parties in their contractual agreements may try to alter the time periods provided by Florida law. In most cases, to limit exposure and liability, parties will try to contract to shorten the limitations period. This effectively cuts off the time limit to sue earlier than what would normally be allowed under Florida law.

However, Florida law makes any and all contractual provisions that try to shorten the time limit to sue, null and void. This is a rarity in Florida law, which usually allows parties to contract away rights where they want to do so.

But what if your business wants to limit exposure? Is there any way to avoid the restriction on shortening the limitations period? There may be.

The first option, if practical to you, is to include a choice of law provision which specifically incorporates the statute of limitations in a different state. There is not much case law on this point, but Florida does abide by and enforce choice of law provisions. Many credit card companies do this, to take advantage of higher interest rate limits, and longer statutes of limitations in other states.

The other option is to define when the time period to calculate a statute of limitation starts. In other words, “when does the clock on the time limit to sue start ticking?” Sometimes the answer to this isn’t so clear. But if you said in your contract that the triggering event was something likely to occur sooner, you may be able to start the clock sooner. However, some courts have ruled that these kinds of contractual provisions are attempts to illegally shorten the time limitations period.

Remember that judges do tend to favor allowing cases to go forward. That means that any attempt to shorten time periods, will be looked at suspiciously by many judges.