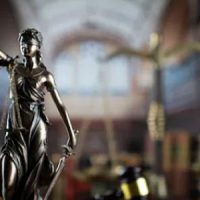 On December 6th, 2022, the United States Department of Justice (DOJ) issued a joint announcement with the Department of Health and Human Services (HHS) resolving the federal government’s long-running civil RICO lawsuit against many of the nation’s largest cigarette companies. As part of the agreement, these companies will take additional corrective action. In this article, our Miami RICO claims lawyers provide an overview of this case and explain the court’s instructions.

Tobacco litigation has a multi-decade history in the United States. In the late 1990s, the federal government filed a civil lawsuit under the Racketeer Influenced and Corrupt Organizations (RICO) Act against several major tobacco companies, including Altria, Philip Morris, and R.J. Reynolds Tobacco Company. These were the three largest cigarette companies nationwide.

In a landmark ruling issued in 2006, a federal judge in Washington, DC ruled that the cigarette companies named as defendants had violated civil racketeering laws. Within the key decision, the federal court determined that the tobacco giants had engaged in a multi-decade conspiracy to defraud consumers, including by:

At Pike & Lustig, LLP, our Florida civil RICO claims lawyers are standing by, ready to help you navigate the legal process. If you have any questions about civil racketeering claims, please do not hesitate to contact us for a fully confidential consultation. With a law office in Miami and a law office in West Palm Beach, we provide civil RICO claims representation throughout South Florida.

By Michael Pike and Daniel Lustig | Posted on January 3, 2023