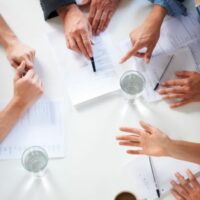 According to a report from Yahoo Finance, a class action shareholder lawsuit has been filed in the United States District Court for the Middle District of Florida against PureCycle Technologies. Based in Orlando, FL, PureCycle Technologies is a recycling processing company. Representatives for the plaintiffs allege that the company made material misrepresentations to shareholders. In this blog post, our West Palm Beach shareholder dispute lawyers provide a brief overview of the complaint.

Background: A Sharp 50 Percent Drop in the Stock Price Occurred Earlier this Year

PureCycle Technologies is a publicly traded company. The Nasdaq ticker symbol for the stock is PCT. At the close of trading on April 30th, 2021, the stock price was just below $26.00 per share. Within two weeks, the price had fallen by more than 50 percent. Since that time, PureCycle Technologies has regained some of its losses.

However, that sharp drop in early May is at the center of this shareholder class action lawsuit. The stock price plunged after a nationally-recognized short seller stated that PureCycle Technologies represented some of the “worst qualities” of the so-called SPAC-boom.

A SPAC is a special purpose acquisitions company. These types of entities have gained prominence this year. They are essentially shell corporations that are listed on stock exchanges for the purposes of acquiring or merging with an existing firm. PureCycle Technologies is a SPAC that was developed largely by the multinational consumer goods giant Procter & Gamble.

Based on these allegations, the representatives for the shareholders contend that the Orlando-based company PureCycle Technologies made material misrepresentations in an effort to solicit money from outside investors. Under state and federal regulations, individuals may be able to hold a company responsible for losses caused by material misstatements or other unlawful activities. This is still a pending legal matter and representatives for PureCycle Technologies have not offered a direct comment on the specific allegations.

Get Help From a Florida Shareholder Rights Attorney

At Pike & Lustig, LLP, our Florida shareholder rights lawyers are devoted to protecting the financial interests of our clients. With a strong record of success, our attorneys know how to find solutions for clients. If you suffered losses due to material misrepresentations or omissions by a corporation, we are available to help. Call us now for a confidential initial legal consultation. Our law firm represents shareholders in West Palm Beach, Miami, Fort Lauderdale, Miami Beach, and beyond.