Class Actions: The Logic Behind Them, And Defending Against Them 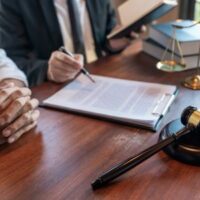 Class action lawsuits get a lot of attention, mostly because of the sizable verdicts or settlements that often come from them. But what is the logic behind class action lawsuits? And if you’re a business how can you avoid them or defend against them?

Why Do Class Action Lawsuits Even Exist?

The best way to understand why class action lawsuits exist is through an example.

Let’s say your business tacks on $1 to the bill for every one of your customers, just as a surcharge. The problem is, nowhere do you disclose that the extra dollar is being charged.

If one customer is overcharged $1, generally, it makes it hard for the consumer to sue—the time, money and hassle of suing for $1 doesn’t make it very worthwhile. Still, the law recognizes that it isn’t fair for anybody to cheat consumers, even if just for $1.

By allowing class actions, the law lets everybody that was cheated out of that dollar band together. Together, the claim is now worth much more than the single dollar. The end result—at least theoretically—is that it is now more worthwhile to sue, and companies have a disincentive to rip off customers at ant value. Without class actions, a company could simply cheat a lot of customers out of a very small amount of money, and get away with it.

Regardless of what you think of class actions, if you are a business you may be asking how you can avoid being on the wrong end of a class action lawsuit.

The simple answer is to disclose everything-your charges, such as warranties, policies, etc., and remember that no amount is too small for a consumer or customer to sue for.

To sue for a class action, an aggrieved consumer actually has two major hurdles. The first is obvious—proving the business did something wrong, and is liable for the damages. But before that even happens, the consumer must first demonstrate that the court should designate the class.

As a general rule, the Plaintiff has to show that all of the aggrieved Plaintiffs in the class suffered the same kind of injury. If 10% of the plaintiffs were overcharged, 20% of the plaintiffs weren’t told about a warranty, and another 70% were given a defective product or bad service, they may each have viable lawsuits—but there is no class, because the class consists of people who were injured or damaged in different ways.