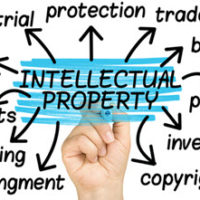 Coachella is one of the most prominent musical festivals in the United States. Many of the nation’s top acts perform each year. Tickets for this year’s April event sold out in less than one hour. Last year, the festival brought in more than $84 million. There is no doubt that concerts like this are big business. Now, Billboard reports that Coachella has filed a trademark lawsuit against Urban Outfitters in order to protect the value of its brand. The trademark infringement claim alleges that the multinational clothing giant has been unlawfully profiting on the “goodwill and fame” of Coachella’s established brand name.

On March 14th, 2017, in a California federal court, representatives for Coachella filed a trademark infringement lawsuit against Urban Outfitters. Specifically, their lawsuit is addressed at the company ‘Free People’. Urban Outfitters is the parent of Free People. Attorneys for Coachella presented evidence in their complaint that Free People is directly invoking its brand in order to sell products. For example, Coachella references several items available on the Free People website that directly contain the word ‘Coachella’ in their product name. Additionally, the word ‘Coachella’ is mentioned in the description of other products. Finally, the festival’s representatives also argue that Free People has been using the term ‘Coachella’ as a keyword on its website to drive search engine traffic to its products. As a result, they believe that consumers might be confused and might think that Free People is directly associated with the music festival.

How to Prevail in a Trademark Case

For a plaintiff to win in a trademark infringement lawsuit, they must be able to establish that the defendant’s ‘mark’ or products are reasonably likely to create confusion within in the mind of an ordinary customer. Courts assess this issue on a totality of the circumstances basis. In other words, courts will need to consider and balance all factors related to the case. For example, on the one hand, Coachella can point to the fact that Free People is selling a shirt called the ‘Coachella Valley Tunic’ and in the description of this shirt, Free People refers to it as a “summer festival tank top.” This fact could go towards suggesting that Free People was actively intending to infringe on Coachella’s brand.

On the other hand, Free People will likely point out the fact that Coachella is also a city in California that is located near to where the concert takes place each year. Further, Coachella is obviously a concert, whereas Free People sells clothing; as these companies are not direct competitors, proving that confusion exists may be difficult. However, it should be noted that Coachella also filed a concurrent trademark dilution claim. Trademark dilution does not require customer confusion, but instead simply loss of brand value.

If your business is involved in a trademark infringement or dilution dispute, the Florida trademark litigation attorneys at Pike & Lustig, LLP can help. To set up a free review of your case, please do not delay in reaching out to our West Palm Beach office today at 561-291-8298 or our brand new Miami office at 305-985-5281.