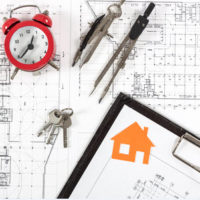 In 2013, All Aboard Florida applied for and received federal funding to build a high speed passenger train service called the Brightline. This train line will connect Miami to Orlando, with several stops in South Florida along the route. The first leg of the project, from Miami to West Palm Beach, was originally scheduled to be finished by the mid-summer of 2017, and the entire line is supposed to be complete by the end of 2020.

However, the project has run into some issues. As of November 2017, the initial opening is still delayed. According to reporting from the Orlando Sentinel, a major dispute has arisen between several contractors working on key aspects of the project. Now, a construction delay lawsuit has been filed against several of the companies.

The Miami-West Palm Beach section of the new train line is already at least six months behind schedule. One of the big issues causing this delay is the fact that an important twelve-story parking garage has yet to be delivered. When finished, this parking garage will be a part of Miami’s central train station complex.

According to the construction delay lawsuit that was filed, two contractors, Balfour Beatty and Facchina Construction, are being blamed for causing the delay. Specifically, the lawsuit alleges that these contractors caused unnecessary delay through their negligence and the creation of a hostile and difficult work environment.

When Can a Company Be Held Financially Liable for a Construction Delay?

Construction delay litigation is a notoriously complex legal matter. Whether you are a contractor or developer, companies involved in disputes over delays need legal representation. The most important thing that Florida contractors and project developers need to know in this type of case is that the dispute will be resolved by looking to the specific terms included in the underlying contract. An unreasonable delay can constitute a breach of contract.

At Pike & Lustig, LLP, our Florida business law lawyers have deep experience handling all aspects of construction litigation cases. If your company is involved in a lawsuit over a construction delay, we are here to help. From our offices in West Palm Beach, Wellington and Miami, we represent businesses throughout South Florida, including in Lake Worth, Boynton Beach, Delray Beach and Boca Raton.