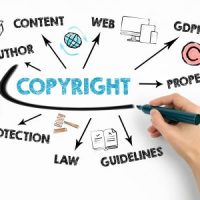 On one hand, we all know how important it is to respect others’ intellectual property. We know we can’t just use another company’s name, brand or login as our own, unless we want to get sued for copyright infringement.

But the first amendment does protect our freedom of speech and we also know that we have wide leeway in what we say about businesses–or more specifically, what your customers can safely say about your business.

As a general rule, customers can critique your business, and even use your business’ name and likeness, for the purpose of legitimate critique and parody. Nowhere was this illustrated than by the case a few years back of what was called “Dumb Starbucks.”

The joke or comedy bit, conducted by a television show, took a storefront and decorated it just like an actual Starbucks storefront. The restaurant had Starbucks’ logo, their green color scheme, and the fake “employees” looked like Starbucks employees. It even used the terms that Starbucks uses for its products and product sizes.

Starbucks objected, but it didn’t have to object too much, because government regulations shut the store down–it wasn’t a licensed foodservice business and had no business or governmental permits, nor was it ever intended to be an actual, long term, functioning business.

But in the long term, there was no penalty, repercussion or consequence for doing it. That’s mostly because of the first amendment.

The First Amendment allows people, like your customers, or even your business, to use intellectual property (IP), if the IP is being used for the purpose of legitimate parody (amongst other fair uses which are also legal, like education, or critique, but here, it’s specifically parody we’re referring to).

The idea that IP can be used to parody the IP holder or owner, was actually based on a Supreme Court case involving Hustler magazine founder Larry Flynt, who famously printed something obscene about a religious leader, Jerry Falwell. Falwell sued, but the Supreme Court said that what was printed was so outlandish that nobody would believe it was anything other than parody, and thus, it was protected.

“Dumb Starbucks” never got to a courtroom or a court decision, but is likely that it, too, may have fallen under the auspice of parody, or the first amendment right to simply make fun of someone.

Although first amendment rights are broad, if you or your business is thinking of using another company’s IP for the purpose of critique, parody, or criticism, you may want to check with an attorney beforehand, to make sure that what you are doing falls under one of the ways that someone else’s IP can legally be used.

Do you have a copyright or intellectual property question? Call the West Palm Beach commercial litigation attorneys at Pike & Lustig today.