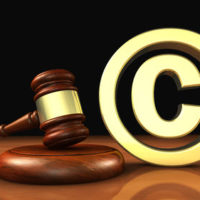 Take-Two interactive Software produces the NBA2K video games series. The game involves a realistic recreation of the actual pro basketball league, right down to the skills, traits and appearance of the individuals players. In fact, the game design is so intricate that the actual tattoos of the players have been reproduced onto the screen. With the release of the 2016 version of the game, this hyperrealism landed Take-Two Interactive in a unique legal dispute.

Solid Oak Sketches, a prominent tattoo studio, filed a lawsuit against the video game producer, alleging that Solid Oak owned the copyright to eight player tattoos in the game, including that of former Miami Heat all-star LeBron James. Solid Oak Sketches alleges copyright infringement, arguing that Take-Two needs a license to include these tattoo reproductions in its gameplay.

The Game Designer Is Filing a Motion to Dismiss the Claim

On August 9th, Take-Two Interactive filed a motion for summary judgment in a New York federal court, requesting that the judge dismiss the lawsuit and rule on its behalf. The motion does not directly address or attack the proposition that tattoo artists could potentially hold a copyright to the artwork they put on someone else’s body. Though, that is an interesting and still somewhat disputed proposition. Instead, the motion for summary judgment argues that Take-Two Interactive has a legal right under the fair use doctrine to use the tattoos when it is reproducing images of the NBA players. Specifically, copyright lawyers for the game designer lay out exactly why they satisfy each of the four required legal elements of the fair use test. Specifically, Take-Two argued the following:

Our firm will keep a close watch on any developments in this case, as it has the potential to set a precedent for future cases. Most legal observers suspect that the copyright infringement claim brought by the tattoo artist will fail. Though, it is very likely that as virtual reality becomes a more prominent industry, similar claims will be brought in other situations in the future.

At Pike & Lustig, LLP, our Florida copyright litigation attorneys have considerable experience handling complex copyright dispute cases. If you are involved on any side of a copyright lawsuit, please contact us today for immediate assistance. From our offices in West Palm Beach, Wellington and Miami, we represent business throughout the region, including in Fort Lauderdale, Miramar and Coral Springs.