Court Says Businesses Can Discriminate On The Basis Of Hair Color 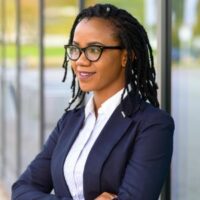 As you likely know, discriminating on the basis of race or sex is illegal under both federal and state law, and can get your business in a lot of trouble. But what about cultural symbols, styles, or designs, which may be associated with a particular race, religion or sex? Is it OK for a business to discriminate on non-racial or non-sex factors, but factors which are commonly associated with given nationalities or races?

Business Discriminates on the Basis of Hair Style

A case out of the eleventh judicial federal circuit in Florida addressed just this question. The case involved a woman who applied for a job at a company. The position was one where the employee would be working in IT—not seen by any of the company’s clients or customers.

The company had a written policy that specifically referenced employee hairstyles, saying that hair had to reflect a “professional” image, and that hair that displays “excessive hairstyles or unusual colors” is against company policy.

The woman refused and the Equal Employment Opportunity Commission (EEOC) sued, alleging that the refusal to hire the woman because of her dreadlocks violated the civil rights act which prohibited discrimination on the basis of race or sex.

The court had to answer the question of “what is a race?” Is a race defined by genes and heritage, or is it defined by culture and tradition? The court found that federal law did not intend to protect “cultural practices,” even if something like dreadlocks was associated with the heritage or culture of a given race.

In other words, according to the court, being of a certain race is not a choice someone makes, and thus, it is protected under the law and businesses cannot discriminate on the basis of race. But other things, like hairstyle, are choices—even though they may be ones commonly associated with a given nationality—but as choices, they are not protected by employment discrimination laws.

The case should not be read as a free pass to discriminate on characteristics that are associated with races, religions or genders. Always get legal advice to make sure your business is not discriminating without you being aware that what you are doing is discrimination.