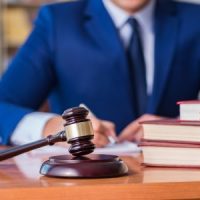 According to a report from Automotive News, Credit Acceptance—a publicly traded Southfield, MI based finance company that operates in the auto finance space—has preliminarily agreed to a $12 million settlement of a shareholder lawsuit. The company has previously been cited by state regulators for “predatory and illegal business practices.” A group of shareholders argued that they suffered tangible financial losses due to the improper conduct of the firm. In this blog post, our Miami shareholder dispute lawyer highlights the key things we know about the dispute and the preliminary settlement.

Background: Massachusetts Attorney General Filed a Complaint Against the Company

At the beginning of August of 2020, Credit Acceptance was traded north of $500 per share. However, within a few weeks, the stock would lose more than 40 percent of its value. The complaint filed by the Massachusetts Attorney General saw the price drop to as low as $298 per share.

A shareholder lawsuit was filed against the company on behalf of investors who purchased shares after the alleged misconduct started (2018) but prior to the sharp drop. The lawsuit argued that the unlawful and improper business practices cause direct harm to the affected shareholders.

A Preliminary Settlement: $12 Million for Shareholders

As reported by Automotive News, a preliminary settlement has been reached. The specific terms of the agreement are confidential. However, assuming the settlement is finalized in its current form, the shareholder litigation case will be resolved with a $12 million payment to the affected parties. Similar to its settlement with the Commonwealth of Massachusetts, Credit Acceptance neither admitted to nor denied any wrongdoing as part of the shareholder settlement.