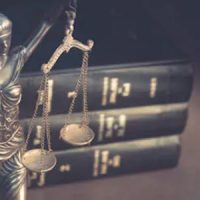 Archegos Capital Management is a defunct New York-based investment management fund that held the personal assets of American investor Bill Hwang. In March of 2021, reports came out that Mr. Hwang lost $10 billion after an investment strategy blew up. In the spring of 2022, Mr. Hwang was arrested and charged with fraud and racketeering related to the same matter. Notably, Credit Suisse suffered significant financial losses due to Mr. Hwang’s failed investment strategy.

The shareholders in the class action lawsuit contend that Credit Suisse allowed “prime, high dollar” clients, such as Bill Hwang, to take on an unacceptable amount of risk. They argue that, as a consequence, the shareholders of Credit Suisse were left bearing much of that risk. According to some reports, Credit Suisse sustained as much as $5.5 billion in losses related to Mr. Hwang’s fund Archegos Capital Management. Other major investment banking firms—including Nomura, Morgan Stanley, and UBS—also sustained losses related to the failure of the Archegos Capital Management trading strategy. However, Credit Suisse sustained the largest losses.

A Preliminary Settlement of the Shareholder Lawsuit has Now Been Reached

Credit Suisse has reached a preliminary agreement to pay $32.5 million to affected shareholders. The settlement is based on its handling of Bill Hwang, Archegos Capital Management, and other so-called “high risk” investment clients. For its part, Credit Suisse denies any wrongdoing. Its representatives stated that the settlement was reached to reduce risk and preserve shareholder relations. As with other class action shareholder lawsuits, the settlement requires approval from the judge. The judge must determine that the terms of the settlement agreement properly protected all class members before it can be approved.

Speak to a Shareholder Litigation Attorney in South Florida

At Pike & Lustig, LLP, our Florida shareholder litigation attorney has the professional expertise that you can trust. If you have specific concerns about shareholder law, we are here to find the best course of action. Call us now for a confidential review and analysis of your case. From our offices in Miami, West Palm Beach, and Wellington, we handle shareholder disputes in South Florida, including in Jupiter, Palm Beach Gardens, Boca Raton, Coral Gables, Hialeah, and Miami Beach.

By Michael Pike and Daniel Lustig | Posted on November 4, 2022