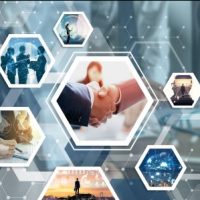 According to a report from NBC 6 South Florida, a defendant has prevailed in a $50 billion partnership dispute. At stake in the trial was the ownership of approximately 1.1 million bitcoins. A South Florida jury determined that Craig Wright, a computer scientist who has claimed to be the creator of the cryptocurrency, does not owe half of the 1.1 million bitcoins to the estate of his now-deceased former business partner David Kleiman. Here, our Miami partnership dispute attorneys provide a more detailed assessment of this legal dispute.

Craig Steven Wright is an Australian-born computer scientist who currently resides in the United Kingdom. Mr. Wright claims to be the man behind the pseudonym Satoshi Nakamoto—the mysterious founder of bitcoin who owns approximately 1.1 million bitcoins. He was long-time friends with David Kleiman, a computer forensics expert who passed away in 2013.

Mr. Wright claimed that Mr. Kleiman was involved in the invention of bitcoin. Eventually, the estate of David Kleiman filed a partnership lawsuit against Mr. Wright alleged that it was Kleiman who was the rightful owner of half of the 1.1 million bitcoins. After hearing arguments in this highly technical case, a federal court jury in Florida ruled in favor of Craig Wright—finding that there was not sufficient evidence that the business partnership the two men formed was actually related to bitcoin.

Some Dispute Whether Wright Controls the Bitcoins At All

The partnership dispute has made international headlines for a wide variety of different reasons. One of the biggest points of intrigue is the mystery of whether Mr. Wright actually even owns these coins at all. As bitcoin has a public database ledger, there is no dispute that the person (or entity) behind the pseudonym Satoshi Nakamoto owns this bitcoin. However, the coins have never been sold or transferred, even as the cryptocurrency’s price skyrocketed over the last several years.

Many observers have cast doubts on Mr. Wright’s claim for a number of different reasons, including his refusal to make a transaction with a small number of bitcoins held by Satoshi Nakamoto in order to prove ownership. That being said, Mr. Wright did sign a sworn affidavit in a federal court in Florida stating that he owns and controls the 1.1 million bitcoins in question. Still, many people interested in the industry remain skeptical of Mr. Wright’s ownership claims.

Set Up a Confidential Consultation With a Miami, FL Partnership Law Attorney

At Pike & Lustig, LLP, our Miami commercial litigation attorneys have deep experience representing clients in complex partnership disputes. If you are locked in a legal battle with a current or former business partner, we can help you determine the best course of action. Reach out to us by phone or send us a direct message online to set up your fully confidential case assessment. From our Miami and West Palm Beach offices, we handle partnership litigation throughout Florida.