Delivery Drivers And Installers: Who Is Coming Into Your Home? 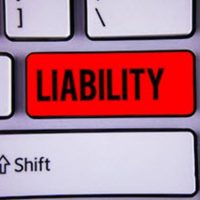 Who is going into your home? You probably don’t think much about it, but you let strangers into your home every day. They often come to do deliveries or setup for items that you have bought from large retailers. Delivery people or installers are common visitors to our home.

But who are these people? Do you know if they are safe? If they come from a large company, you may assume that they are—it is highly unlikely that City Furniture or Best Buy or any other number of large retailers would have employees that are dangerous, doing deliveries for them.

But what you may not know is that many companies rely on other companies to handle deliveries or installations of items inside customers’ homes. And in many cases, the big box retailers that you know and trust may have very little information on who they are actually allowing to go into your home.

One terrifying example was a delivery that was made on items purchased in a local Best Buy store in Boca Raton, Florida a few years ago.

Shortly after the delivery truck’s arrival at the women’s home, neighbors reported hearing shouting and screaming. Inside the home, a woman had been beaten and then set on fire by a delivery person.

It would later be learned that the delivery person had used cocaine, and had a criminal record as well as a suspended license—all factors that, if known, would have indicated to anybody that this was not someone that should be sent into strangers homes.

Although the woman likely thought that it was Best Buy employees coming into her home, in fact, it was not. Best Buy subcontracted the job to a much smaller company. That smaller company apparently did little in the way of background checks on its drivers.

People also routinely come into our homes to install or deliver cable.

A few years ago, a Comcast delivery person was charged with murdering multiple customers or clients whose homes he had entered for the purpose of installing cable services. The man, working for or at the direction of Comcast, had assaulted, and strangled, the victim. Just like with the Best Buy case, it turned out that Comcast had contracted with a third party company to do the in-home delivery or installations.

Companies cannot escape liability by using third party vendors. Ultimately, companies are responsible for what their delivery drivers do whether that be accidental, or purposeful intentional crimes. As a consumer, be wary of who is coming into your home—it may not be the same company that you purchased the product or service from.

Have you been injured in any way by a delivery driver or installer, or by a large company? Call the West Palm Beach personal injury attorneys at Pike & Lustig today.