Despite Getting the Green Light to Open, Bars in South Florida Remain Closed 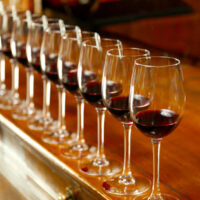 It’s official: Bars in Florida are now allowed to open at an indoor capacity limit of 50 percent, according to Florida Department of Business and Professional Regulation Secretary Halsey Beshears.

At the direction of Gov. Ron DeSantis, Florida’s top business regulator, Beshears, issued an emergency order rescinding a previous order that halted the sale of alcohol at bars. But this time, bar and craft-brewery owners will have to do a better job of self-enforcing coronavirus safety restrictions. Beshears warned that his agency won’t go easy on bars and breweries that violate rules, such as overcrowding. And if they do, it’s not just the threat of fines this time – they could lose their liquor licenses.

Regulators will have the power to suspend the license to sell alcohol from any establishment being “blatant” about not following the rules. A similar attempt to let bars open ended in June because of a lack of compliance with safety rules. Therefore, with this reopening, enforcement officers’ hours have been shifted to later at night and the agency will concentrate on businesses that have been trouble in the past. The problem for bar owners is that a large amount of the responsibility to prevent bars from losing their liquor licenses rests on their customers.

Perhaps that’s the reason that bars in Miami-Dade, Broward and Palm Beach Counties have been forced to keep their doors shut. Despite all counties in Florida getting the green light to enter phase 2 of reopening by local and state officials, bars across these regions are still not allowed to open their doors. County officials have pointed to the difficulties of enforcing social distancing at bars as a major reason for their decision to keep them closed.

Although there is currently a grassroots effort to reopen bars across southeast Florida, talks to make the final decision are still ongoing.

By Michael Pike and Daniel Lustig | Posted on September 23, 2020