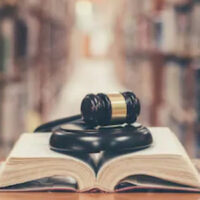 According to a report from the ABA Journal, Judge Loretta Preska of the United States District Court for the Southern District of New York has found disbarred lawyer Steven Donziger guilty of criminal contempt. A human rights attorney, Mr. Donziger failed to comply with court orders in a multi-million civil RICO lawsuit filed by the Chevron Corporation. Here, our West Palm Beach RICO claims attorneys provide an overview of this unusually complex case.

The Lago Agrio oil field is located in a remote corner of Northwest Ecuador. Oil was first discovered in the region in the 1960s. Texaco—a company that has since been acquired by Chevron—operated the exploration and development of the area. In the early 1990s, a class action lawsuit was filed against the company alleged liability for environmental damage.

American human rights lawyer Steven Donziger represented the plaintiffs in the environmental damage lawsuit. In 2011, a court in Ecuador ordered Chevron to pay more than $8 billion towards environmental clean up in the region. Chevron refuses to pay—arguing that the verdict obtained by Mr. Donziger was done “through fraud, bribery and corruption.”

In the aftermath of the unfavorable 2011 Ecuadorian verdict, Chevron took a number of different actions to protect its financial interests, including filing a civil RICO lawsuit against human rights attorney Steven Donziger in New York State. Within that lawsuit, the energy industry giant alleges that Mr. Donziger violates U.S. law by engaging in a pattern of racketeering activity. The alleged RICO violations in question are related to the Lago Agrio oil field case and controversial verdict issued by the court in Ecuador back in 2011. Notably, Mr. Donziger has consistently declared that he has no intention to cooperate with the justice system in New York. Indeed, his lack of cooperation is what eventually resulted in him being disbarred by the New York State Bar Association in 2018.

Mr. Donziger continues to refuse to cooperate with the civil legal process in New York. On July 26th, 2021, Judge Loretta Preska issued a criminal contempt order against the now disbarred attorney. In her ruling, Judge Preska emphasized that Mr. Donziger has a duty to comply with court orders no matter how he feels about the counterparty in the civil RICO claim (Chevron) or the nature of the proceedings thus far. Notably, another New York State judge has already blocked the enforcement of the multi-billion dollar judgment against Chevron and ordered Mr. Donziger to pay the company $800,000 in civil RICO damages.

Get Help From a Florida RICO Claims Lawyer Today

At Pike & Lustig, LLP, our Palm Beach County business litigation attorneys have deep experience representing clients in complex civil RICO claims. If you have questions about your legal rights or legal responsibilities, we are here to get you answers that you can trust. Contact us at our West Palm Beach office or our Miami office to arrange your confidential initial consultation.